This review of the MX Pro electric scooterwill tell you six deal-breaking flaws to watch out for.

We’ll also reveal one performance test, where the MX Pro electric scooter somehow beat every other scooter we’ve tested PLUS a feature we found hidden deep in the app, that we wish all other scooters had.

Those things aside, this is a really interesting electric scooter, in a similar way to a dumpster fire or traffic accident, in that you just can’t stop thinking about how (or why) it happened.

* Based on our performance tests which may differ from manufacturer’s claims.

Available in the United States from Amazon
Buy Now

You’d think that making a knock-off would be pretty straightforward: take someone else’s design and see if you can make it cheaper, if not somehow better. But the Macwheel MX Pro electric scooterhas basically failed in every way except one (which we cover later).

Even Macwheel themselves seem to have moved on from this model, as it’s no longer available on their site. However, Amazon still sells an electric scooter called the MX Pro electrical scooter with identical specs for $375.

It sounds cheap, because it is. But this is not a great value scooter. Please don’t buy it.

If you want to buy a great electric scooter for the ultimate riding experience, with we’ll highlight three similarly priced electric scooters (i.e. still not expensive scooters) that we think are better alternatives to the MX Pro or the M365.

Our Take: The Worst Electric Scooter we Have Ever Reviewed!

Better flat-free tires, plus rear suspension, and higher top speed, but only a 6-month battery warranty. Machweel MX pro has better range and is lighter

Higher speed,Great hill climber and clean design, from a high-quality manufacturer.Machweel MX pro has better range and is lighter

Higher speed ,Outstanding braking, ride, and build quality plus a 2-year warranty.Machweel MX pro has better range and is lighter

Results below are based on our independent performance testing and not data provided by the manufacturer.

The MX Pro’s acceleration and hill climb speed are both on the slow side, but not far behind its peers, with a 0 to 15 mph time of 7.7 seconds, and an average speed of 6 miles per hour up our 10% grade test hill.

The MX Pro’s tested top speed is 15 mph , the same firmware-limited speed as the M365 and many other electric scooters of this size.

Range is where things get weird. With a real-world-tested range of 20 miles and an MSRP of just $429, the Macwheel Pro has the best maximum range per dollar of any scooter we’ve ever tested. It’s not just best in class, but best overall, due to a combination of low rolling resistance, low top speed, and a relatively large battery for the price.

Then things get weird again.
The MX Pro scored the second-worst braking distance we’ve ever recorded, taking 24 ft to stop from 15 miles per hour.
This is partially due to the awful tires, but also because it has just a single disc brake at the rear and no regenerative braking at all, not even a foot brake.
Anything more than a mild application of brakes sends the electric scooter into a skid, often kicking out sideways.

Like all M365 clones, portability is good. The handlebars don’t fold. But it’s otherwise, light, easy to fold, and compact.

One of the quirks of the original M365 was its incredibly simple display: Four dots that let you know how much battery you have left and what riding modes you’re in e.g. if you’re in eco mode.

At first glance, the Macwheel Pro’s display seems like a step up. It’s got battery level, speedometer, headlight, and mode indicators, but then you take it outside, and it’s completely unreadable even in the shade.

On the plus side, cable routing works well. And it’s not a bad-looking electric scooter.

It comes with an app, which lets you set the riding mode, turn on the headlight, lock the electric scooter, toggle between miles and kilometers, and switch cruise control on and off.

The app also has a navigation function consisting of a route map but no turn-by-turn instructions.

We found one shockingly advanced feature hidden deep within the app. It will estimate the electric scooter’s remaining range based on rider weight.

If you enter your rider weight, including the weight of any gear you wear, the number it comes up with matches the ESG range test result to within a tenth of a mile.

Every electric scooter should have this.

If you like to ride without pulling out your phone, here are the functions you can access with the main power button, including a couple that aren’t documented in the manual.

Unlike the air-filled tires on the M365, the MX Pro’s 9 inch diameter tires are “solid rubber.” The plus side is you’ll never get a flat tire, but they have an unforgivable flaw, and that’s tire wear.

After just five hard stops, the rear tire on our scooter developed flat spots from skidding, causing noticeable vibration when riding. Once you’ve got flat spots, they never go away.

You know that sound when you realize you’ve grabbed the worst cart at the grocery store? Our Macwheel MX Pro electric scooter made that sound non-stop and did so right out of the box.

You can fix the sound by tightening the stem latch, but it’ll come back because even though there’s a locking screw, every time you open or close the latch, it turns the head of the adjuster bolt.

When we unboxed the electric scooter, the only thing keeping the stem from folding while riding, was a little latch on the stem.

So if you hear this sound, it’s the electric scooter telling you to stop and adjust your latch immediately.

Safety-wise the lighting is typical: a high-mounted headlight, fender-mounted tail light that blinks when the brakes are applied, and it has the standard side reflectors front and rear.

However, considering the janky stem-latch, poor braking performance, and low overall traction, the Macwheel MX Pro gets a D-minus for safety.

The Macwheel Pro is really not an electric scooter we would ride for fun. But utility-wise, it does have one use case: if you absolutely had to cover 19 miles in one charge and had a budget of around $400, the MX Pro electric scooter might literally be the only choice.

But given any other set of circumstances, it would be our last choice and only marginally more fun than walking.

Note: These specification are provided by the manufacturer and may differ from our real-world testing. 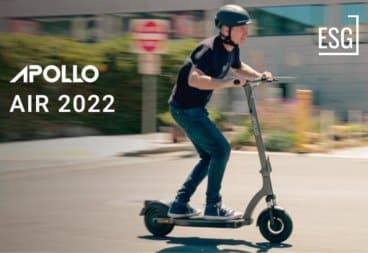 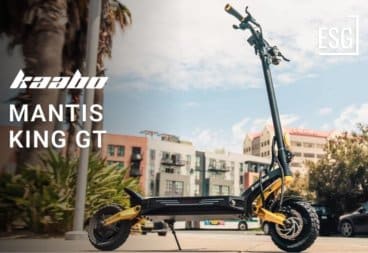 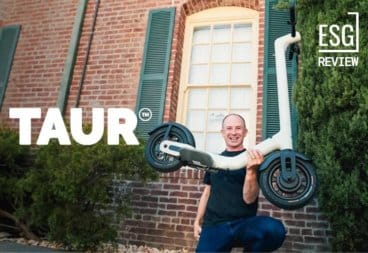 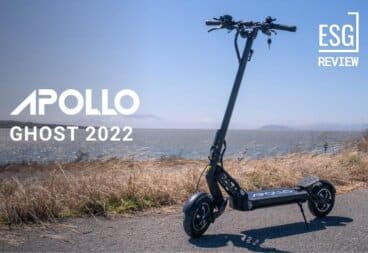