In the first feature-length electric scooter documentary, Scooter Crossing, we join three courageous wilderness experts on their adventure traveling 4,056 miles across the United States on a Segway Ninebot Max

Scootering for a Cause

In summer 2020, Graham Pollard, Christian Boyle and Brandon Bedford set out on a mission: to raise funds and awareness for William Lawrence Camp, a beloved day camp shuttered last year by COVID-19. Graham had an idea: what if he rode an electric scooter from coast to coast, promoting the cause?

With Graham as the scooter rider, Christian at the wheel of the support vehicle, and Brandon capturing it all on camera, the guys gained deeper appreciation for the great outdoors and electric scooters, and fostered community with so many people along the way.

Scooter Crossing captures the beauty of exploring our scenic countryside at a leisurely 18.6 mph pace on one of the world’s best known scooters, the Segway Ninebot Max. Starting in Yorktown, VA and ending in Florence, OR, these adventurous buddies hit the road with little more than six scooters, a support vehicle, camping gear and a fundraising goal.

We’ve had the awesome opportunity to follow along with their adventure and now premier their documentary on our Youtube channel. Here’s a little more about how it went, what they learned and what you can do to support the cause.

For their adventure, Graham, Christian and Brandon chose the Transamerica Bicycle Trail, also known as U.S. Bicycle Route 76, which navigates through mostly two-lane highways, bypassing major traffic and large cities for a safer route. Overall, they received support from passersby (and law enforcement), with more happy honks than flipped birds for their presence on the road.

Although they had to make a few changes to their route along the way, like a 7-day detour to Denver, CO when their 1990 VW Vanagon Westfalia broke down, they were able to complete the trip in just 62 days. We caught up with them while they were stuck in Denver on Day 34 of their trip in Liveshow #47 (below).

They spent most of their time living and traveling in the Vanagon. They did a little couch surfing and a couple motel stays, but for 75% of the trip they ate simply (Campbell’s Chunky soup was frequently on the menu) and slept in or alongside the van. For all its merits, the Vanagon couldn’t keep up with the endurance and repairability of the Segway Ninebot Max electric scooters.

By our count, the Vanagon cost them around 8 days of travel between overheating and needing fairly substantial repairs along the way. The Segway Ninebot Max scooters, which they charged with a generator while boondocking overnight, required no maintenance.

On average, Graham spent up to 7 hours per day on a scooter, riding between 80 and 150 miles while wearing just a helmet and sneakers for protection, and swapping scooters when the battery ran out. We were not surprised to hear that the Maxes performed like champs throughout the entire trip, as we’ve dubbed them “reliable as a hammer.”

In fact, they only had two nasty nails pierce the tires but, because the tubeless pneumatic tires are self-healing (also known as pre-slimed), they were able to continue riding without switching scooters.

How You Can Still Support the Cause

The guys were very grateful to have Segway sponsor their trip and provide a fleet of Ninebot Max scooters, and were surprised and touched to receive so many free meals and overnight stays along the way. Graham, who spent 8 years as a camper and camp counselor alongside his buddies, is passionate about William Lawrence Camp for a very important reason.

Although they raised almost $6,000, they’re still a little shy of their fundraising goal of $7,500. Visit their GoFundMe to make a contribution, and scroll through the road trip fun by following them on Instagram, Facebook, TikTok and Twitter.

Thank you, Graham, Christian, and Brandon, for taking this epic journey, and letting us come along with you! Here’s our last interview with them right before the documentary premiere. 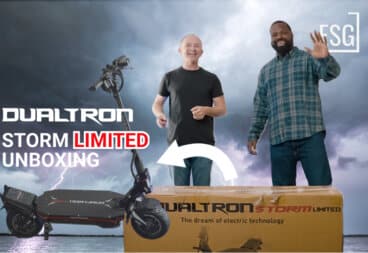 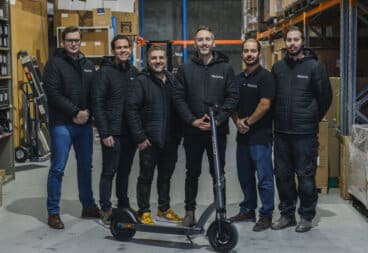 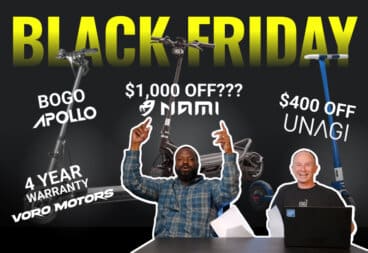